The PSANZ-PRS Mont Liggins Early Career Award was established in 2014 in partnership with the Perinatal Society of Australia and New Zealand (PSANZ) to recognize an invited Early Research Career Speaker at the PSANZ Annual Congress, which will enable them to attend the following PRS meeting.

PRS shares many aims of PSANZ: to foster multidisciplinary scientific interchange in the field of perinatology and developmental biology, and to foster early research careers.

Origins of the award:

The PRS-PSANZ Early Career Award is named after one of New Zealand’s most eminent medical scientists, the late Professor Sir Graham ‘Mont’ Liggins.  Mont became internationally renown in 1960s and 1970s for his pioneering research on the fetus and newborns, and for his clinical innovations based on fundamental biomedical research. His accomplishments increased the survival of sick and preterm babies.

Mont attended early PRS annual meetings and in 1985, which PRS established the first of its awards, the Liley Lecture, named to honor a fellow New Zealand native, he was the first recipient. The Liggins award was established nearly 40 years later.

Furthermore, Mont Liggins  has been a source of inspiration to the founding scientists at the Liggins Institute that is proud to bear his name. Scientists continue the innovative traditions he set for New Zealand medical science. Read a tribute from Professor Wayne Cutfield. Read a tribute from Professor Sir Peter Gluckman FRS, Chief Science Advisor to the Prime Minister Read Professor Sir Peter Gluckman’s eulogy for Sir Graham Liggins.

The winner of the PSANZ-PRS Mont Liggins Early Career Award will be supported by grants from PRS and PSANZ. PRS will cover registration, which includes accommodation and all meals, and an honorarium towards travel (currently set at US $600 – 2020). PSANZ will provide AUS $2,000 towards travel costs.

Tayla Penny, PhD Candidate, was the winner of the 2019 PRS-PZANZ Mont Liggins award.  Ms. Penny is a student at the Hudson Institute of Medical Research, associated with Monash Health and University in Clayton, Victoria Australia. 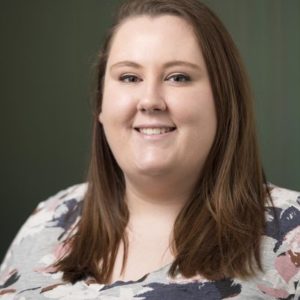